Coach Prepchuk to Coach U18 USBOXLA National Team in Vancouver

Our Very Own Coach to Coach USBOXLA National Team 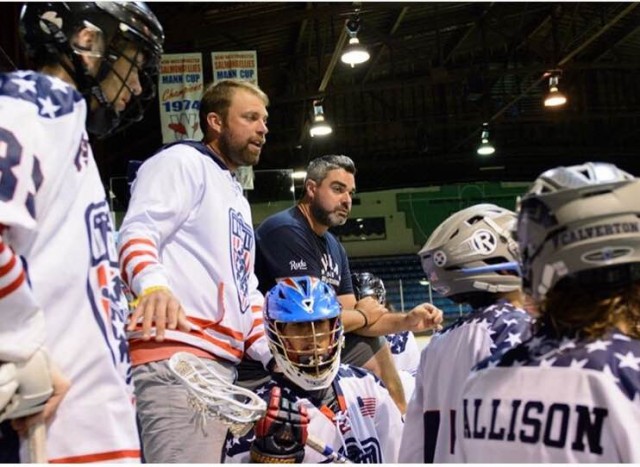 We are very excited to announce that our own Coach Ben Prepchuk has been selected to coach the U18 USBOXLA team in Vancouver over the summer.

This Sunday will mark the start of the 2016 U18 Team USBOXLA #bctour, a week-long event that showcases the best US-based box lacrosse talent in the US playing against high-level British Columbia Intermediate ‘A’ sides.

The 2016 U18 roster was announced in recent weeks, a team made up of Americans from all over the country, many committed to top NCAA programs like Denver, Bellarmine, UMBC and Quinnipiac.

Today USBOXLA is confirming a majority of the coaching staff that will lead the group in games against the Coquitlam Adanacs, Langley Thunder, Richmond Roadrunners, New Westminster Salmonbellies and Victoria Shamrocks (see full schedule below).

Returning to the bench will be USBOXLA co-founder, regular Team USBOXLA coach and long-timeNational Lacrosse League vet Shaydon Santos, who was in the province earlier this month coaching the pee wee, bantam and midget USBOXLA teams.

“This is always one of the biggest weeks of the year for Team USBOXLA,” said Santos. “I think we’ve put together a good roster and strong staff again.”

The remaining coaching staff will also include:

Ben Prepchuk – The former 10-year NLL vet was a first round draft pick in the pro loop after playing NCAA DI lacrosse at Radford and winning three Minto Cups (Canadian Junior ‘A’ champion). In recent years Prepchuk has worked with Matt Brown‘s Denver Elite program and has also established theArizona Outlaws, a USBOXLA member that trains in both Scottsdale and Anthem.

“When Shaydon asked me if I would be part of the coaching staff, there was no hesitation in saying yes,” said Prepchuk. “This is a tremendous opportunity for these young men and an experience they will never forget. I’m excited to be along for the ride and to coach this group of talented players.”

David Mather – In addition to his penalty shot stop against Lyle Thompson at the 2016 World Indoor Lacrosse Championships in Syracuse, Mather has built an impressive box-based resume in a very short amount of time. A product of USBOXLA member the Junior Stealth, Mather has since played both Junior ‘A’ and Senior ‘A’ lacrosse in Canada and is considered one of the country’s top goaltenders today. He’ll also be part of this year’s #BOXCON at the 2016 USBOXLA Nationals.