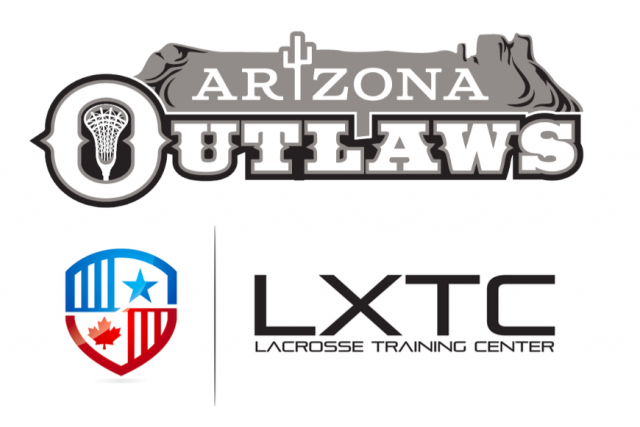 We are so proud that the Arizona Outlaws have become the FIRST affiliate club to partner with LXTC.  LXTC Lacrosse Training Center, LLC is based upon on a tradition of excellence within the game and is dedicated towards the athletic and personal development of the next generation of players. LXTC, previously known as Tierney Lacrosse LLC, was founded by the University of Denver men's lacrosse coaches Bill Tierney, Trevor Tierney and Matt Brown in 2009. LXTC is the umbrella brand that powers the University of Denver Pioneers lacrosse camps, clinics and tournaments, the Denver Elite club teams, and the USBOXLA Denver box lacrosse programs (lxtclacrosse.com).  Please see Press Release below (links include:  http://www.lxtclacrosse.com/articles/2017/3/27/lxtc-partners-with-arizona-outlaws http://www.lxtclacrosse.com/lxtc-affiliate-club-teams/)

LXTC is committed to the enhancement of player development in the game of lacrosse. LXTC’s Denver Elite field and box lacrosse club teams have become respected as one of the most well-coached and consistent club programs in the country. Through this experience of building Denver Elite, LXTC’s goal is to support the Arizona Outlaws as they grow and develop their players and the foundation to their program.

LXTC has committed to supporting the Arizona Outlaws through proving practice plans, drills, skills, strategies, and philosophies that LXTC’s founders used to help lead the University of Denver to their first National Championship in 2015 and turn Denver Elite into one of the top club programs in the country. LXTC hopes to support the Arizona Outlaws in having some of the top club coaches in the game through this “train the trainer” system. Furthermore, LXTC hopes to promote, support, and strengthen the Arizona Outlaws in their ability to compete in the top tournaments around the country in order to provide the best opportunities for their players.

In the near future, LXTC and the Arizona Outlaws will be offering co-partnered camps, clinics, training days, and scrimmages for all the players in their programs and any players who want to be involved.

LXTC is a lacrosse company based in Denver, Colorado run by seven-time national champion, and current University of Denver coach Bill Tierney; stand-out NCAA, MLL, and NLL attackman, and current University of Denver associate head coach Matt Brown; and NCAA, MLL, and FIL championship winning goalie Trevor Tierney. LXTC’s “Culture of Excellence” is committed to developing players to perform at the next level, both on and off the lacrosse field.