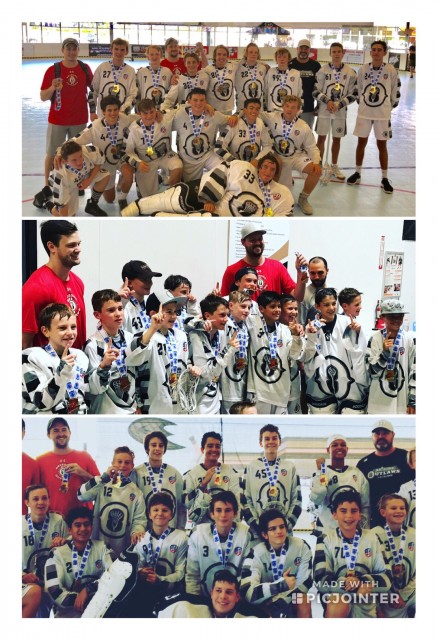 It was the sports moment of a lifetime for the Arizona Outlaws. The local lacrosse team won three gold medals at the U.S. Box Lacrosse Nationals in early August in Huntington Beach, California.

Arizona’s Family caught up with the Outlaws when they returned home to the Valley.

“It was a crazy experience,” said Ethan Tunucci, who played on the bantam team. “It’s a lot of fun having your teammates there to celebrate with you.”

“It’s the best thing ever,” said Noah Burdick, who played on the peewee team. “It’s like Christmas and your birthday all in one.”

The Outlaw club is only 2 years old.

Coach Ben Prepchuk brings a wealth of experience to Arizona. He was the No. 3 overall pick in the 2000 National Lacrosse League early entry draft. Prepchuk played 99 career games.

The Outlaws coach also coaches at Arizona State University and has seen the sport skyrocket since arriving in Arizona.

“It’s got everything you’re looking for in a sport. It combines hockey and basketball with the physicality of football. It doesn’t get any better,” said Prepchuk. “Two and a half years ago, in the spring of 2016, I had a box clinic in Anthem, 25 kids showed up. We had 65 kids for a summer tournament. Last summer, it doubled to 125. This year, we had over 200 kids playing in summer league.”

You could make the case that lacrosse is the fastest growing sport in Arizona.

“It’s really growing,” said Xander, who played on the midget team. “When I go out to the East Coast tournament and I see a lot of teams from Long Island, Maryland, Delaware, Massachusetts, you don’t normally see Arizona teams out there. With growth in California, I feel like it’s kind of moved its way back into Arizona.”

For kids looking to get involved in lacrosse, the Outlaws will play a club schedule during the school year.